Why do dogs walk in circles before they die?

How does a dog begin to behave before the inevitable?

Our pets live much less than we do. When they die of old age, they leave their owners the pain of loss and a lot of wonderful memories of games and walks, pranks and mischief, happy and sad days spent together. Sometimes they are taken by illness, poisoned or in emergency situations, but in such cases, confident and competent action can prolong the life of the pet and save it. Any owner should know how dogs behave before they die in order to have time to seek veterinary care, to ease their passing or simply to be there for their friend in their last hour. To make your dog leave live a long and healthy life, take a dog for a walk as much as possible, it is good for your health too! 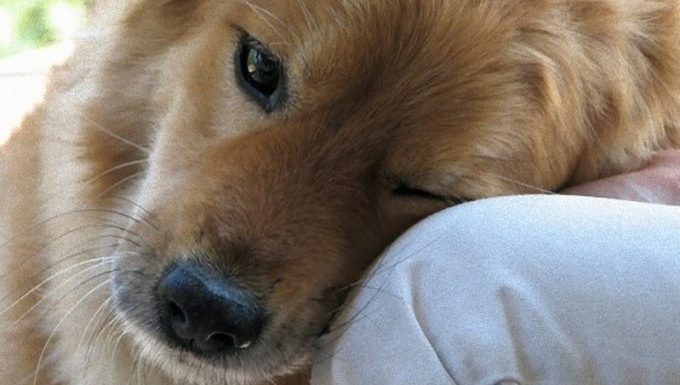 How do you recognize a dog’s impending old age?

Dogs show the same signs of old age as humans. They show gray hair, their eyes grow dimmer, they eat less and less readily, move more slowly, take little interest in their surroundings when walking and prefer to go home soon, play little or no more and increasingly like to lie down in silence and away from other dogs and people. This condition can last from a few months to a year if the dog is not tormented by illness. He fades quietly and becomes weaker until finally his time comes to leave the family.

Older animals have rashy and non-recovering hair, and bald spots may form on the elbows, the area around the tail and on the belly. Teeth may fall out, at least they are not already sharp, but severely chipped and darkened.

An old or chronically ill dog breathes intermittently and wheezes, his hair and claws fall out, his nose is mostly dry, his gait is unsteady due to falling glucose levels, his urine is dark in color and his stool is often disrupted for no apparent reason. The dog still responds positively to petting, but is less active in asking for attention. Increasingly, he just naps in solitude. He may be annoyed by loud noises, bright lights, strangers. An aging animal, like an old person, needs peace, quiet, moderate temperature, dim lighting, a lighter diet, and respect for personal space.

A sign of old age is a weakening of the sexual instinct. An elderly male dog does not care that there is a female nearby, he does not perform the courtship ritual and does not engage in a competitive struggle with other males, and an older dog that has entered the hunt drives them away and does not allow them to mount on himself.

Video about signs of a dog is going to die

If the animal is not sleeping well, whining, moaning, restless or aggressive, it is likely to be in pain. This is especially likely for dogs with tumor diseases, kidney disease, liver disease, digestive diseases, and joint problems. Pain syndrome is also seen in animals after trauma and surgery. In this case, a veterinarian should be consulted to prescribe painkillers to relieve the dog’s condition.

Many veterinary clinics offer in-patient services with a medical ward for dying animals. But if the owner has even the slightest chance of leaving the dog at home and administering his own pain shots, it is better to let the dog die where he lived, close to his owner and his family. It’s hard on the owner, but more comfortable and honest from the dog’s perspective.

How do you know if a dog is dying?

In every living creature, the process of dying follows a certain script defined by nature. Dogs are no exception. Here are the obvious signs that the pet will be gone in the next 24 hours:

Respiratory changes. The breathing rate of an adult dog is 25-30 breaths per minute, in the last hours of life it is 10-12 breaths. The dog breathes shallowly and weakly. Gradually his lungs stop filling up, the last time they will relax is after the pet dies.

Changes in heart rate. The heart rate of a healthy adult dog is 80-120 beats per minute. In a dying dog, it is about 50-60 beats. In the last minutes of life it is almost impossible to feel it, you can only hear it through a stethoscope or phonendoscope.

Complete refusal of food and water. The animal does not want to eat or drink, its interest in treats is zero. He no longer needs to support his body. Dehydration leads to the nose and mucous membrane of the mouth becoming dry, may flake and crack. There is no use in force-feeding or drinking, the dog either can no longer swallow or what he has swallowed causes a vomiting attack. Drops of nutrient solutions will also have no reanimating effect.

Vomiting, involuntary urination and involuntary stools, usually liquid. This happens because the dog has no control over his body and all his muscles relax. It is popularly said that the animal is “purged.” Urine flows almost constantly, and the feces and vomit consist of mucus, sometimes with an admixture of blood, it is not worth scolding the dog for this, he still can not contain these processes, because he does not feel the urge. He should be placed on absorbent diapers and periodically wiped with wet wipes.

Inability to stand on his paws or inability to hold a standing position. Owners often massage, put the pet on its feet, trying to restore sensitivity to its limbs. But to no avail: the brain loses neural connections to the muscles and ligaments and slowly dies.

Convulsive twitching and decreased sensitivity. In the last hours, even severely ill dogs hardly feel any pain. But you don’t have to refuse painkillers, because many diseases are accompanied by excessive pain syndromes, such as oncology.

Loss or dimness of consciousness. The dog either does not react to stimuli at all, or reacts weakly and inarticulately. He can no longer see, hear, or smell, but all owners note that even the on edge pet feels their presence and even tries to wag his tail.

Muscle atrophy. Observed in very old or long and seriously ill animals. The dog does not hold its head, its paws spread apart, its mouth is half-open, and the skin feels like dense jelly instead of knots of muscles.

Dry skin and loss of elasticity. If the skin is pinched, the fold will not straighten and the color of the mucosa will not return to its normal pink color. This is caused by dehydration, impaired innervation, and loss of brain control of the body. 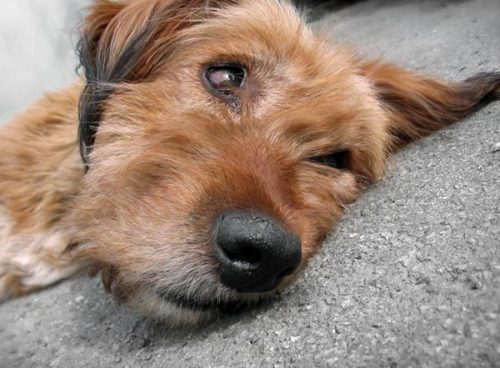 It is difficult to say whether dogs sense their death, but it often happens that an old animal leaves home and disappears, it depends on its socialization. The owners find her dead and realize that the dog left intentionally – in anticipation of the end.

There are several theories as to why dogs leave home before they die. Some even believe that the animal feels its owners’ pain and bitterness and is trying to relieve them by leaving. But this is not true. To do this, one must have the consciousness of a human being. it is human beings who grieve for their deceased loved ones, who fear death and think about it. An animal does not feel all this, since life and death are equally natural to it. Morality, ethics, aesthetics, religion, civilization are all alien to animals.

Biologists believe that the departure of a dog from his home before death is caused by the same reasons as the departure of an old or sick wolf from the den. The dog’s consciousness is disturbed and the skills acquired in the course of life with humans are forgotten, and the ancient instincts to which all canines obey come into play:

Presumably, it is out of these urges that domestic dogs overcome their weakness and leave the house. However, dogs that remain conscious and attached to humans transcend their instincts and remain to die in their owners’ arms in the house. 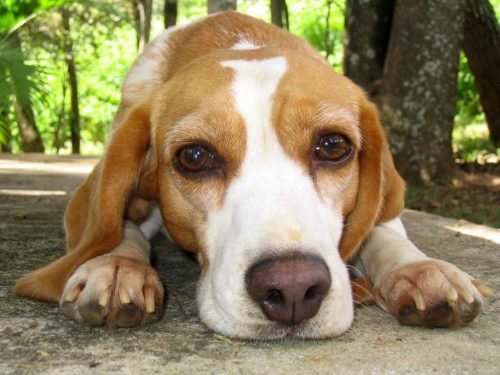 How to help a dying dog

To make it easier for your pet to pass away, you should observe how your dog behaves before he or she dies. A dog’s behavior before death is always changing, and an attentive, loving owner cannot fail to notice. If the dog dies easily, he needs nothing but silence and calm, sometimes the presence of his owner. Many dogs lick their owners’ hands and wag their tail even in their last moments of life.

If the dog is dying because of physical suffering, it is the owner’s duty to relieve it and decide to euthanize it or to consider all options for a dignified farewell. This is not murder, as many people think, but a last helping hand to someone who has been around for many years and who has helped to cope with life’s difficulties as best as he can.

Euthanasia is necessary for animals dying of cancer, head injuries, multiple bleeding, or an incurable infectious disease. It can only be performed by a veterinarian.

How many times a day should you walk your dog depends on age, breed, and several other factors. In most cases, a walk with a four-legged pet is reduced to a quick rush of feces without safety or cleanliness. Because of this, animals lack socialization and activity, and the rest

How to take care of dogs after spray? Castration is a rather difficult procedure for a dog. This procedure is carried out in order to deprive the animal of its ability to reproduce further. It is usually used when the dog is kept in an apartment or at home, where

No comments to show.